A bankruptcy usually has a major impact, not least for the person filing, who has to account for himself, chapter and verse, to the receiver. If the suspicion arises before, during or after the declaration of bankruptcy that creditors have been disadvantaged, or that administrative obligations have not been (adequately) met, or that the receiver is not being fully and actively informed, it may give rise to the suspicion of bankruptcy fraud. In such cases, criminal proceedings may be initiated, not only against the bankrupt, but also against other persons (such as consultants) involved in the bankruptcy. In recent years, especially, investigators in the Netherlands have given more priority to combating fraud in connection with bankruptcies. The FIOD (Financial Information & Investigation Service) usually conducts the investigation. You may get a fine, a penalty order issued by a public prosecutor or – in the worst case scenario – a prison sentence. Even if you only get a penalty order issued by public prosecutor, this results in a record in your judicial documentation (‘a criminal record’).

In the event of a criminal investigation into bankruptcy fraud, it is very important to engage a criminal lawyer immediately. If you do not do so, the consequences may be serious. With our assistance, you will reduce the risks and increase the chance of a good outcome.

What can we do for you?

A Jaeger lawyer assists you right from the first phase of the prosecution process: during the receiver’s investigation or a subsequent criminal investigation, during the making of depositions (see also our tips for suspects on being interviewed), and during pre-trial detention and other coercive measures. We advise you on whether – and if so, to what extent – you should provide information to the receiver. If necessary, we qualify the findings from the criminal investigation (which often tend to be one-sided), present counter-evidence in consultation with you, if possible, and negotiate on the method of settlement. In addition, your specialised lawyer confers if necessary with an in-house tax lawyer about fiscal litigation, which frequently runs in parallel. If it goes to court, we will be there at your side. If necessary, we conduct proceedings through to the highest instance.

We fight for your rights Make your appointment 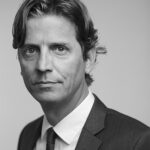 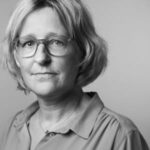 We use cookies to ensure that our site works properly and to be able to analyze and improve it. This allows us to tailor the content of the website and advertisements to your preferences. In case you prefer that no cookies will be placed, adjust your settings or click refuse.